In our laboratory, we are aiming at demonstrating that with the increased activity of neural stem cells (induced plasticity) and formation of new neurons (regenerative neurogenesis) Alzheimer’s disease can be cured.

In a neurodegenerative state of the human brain, besides the degenerating neurons, the inability of the neural stem cells to produce new neurons is a barrier to remedy. Additionally, even if the pathological culprits of neuronal degeneration were circumvented, the functional recovery does not take place due to the lack of new neurogenesis in mammalian nervous system. Thus, neurodegenerative diseases can also be considered as “stem cell diseases” (Cosacak et al., 2015; Tincer et al., 2016; Kizil, 2018).

We have been using zebrafish as a model organism that can efficiently regenerate lost neurons. After generating neurodegeneration models in adult zebrafish brain, we found that the regeneration capacity of zebrafish brain depends on the induction of specific regeneration-associated programs that turn on the re-development programs of neurons (Bhattarai et al., 2016, 2017a, 2017b; Cosacak et al., 2017). This understanding is important as to show that re-development of lost neural tissues require neural stem cells to induce special programs to mount a successful regenerative response.

Our research is aiming at understanding the regenerative and developmental programs of neural stem cells in zebrafish to induce a successful proliferation-differentiation-development cascade for neurons in human brains, and harnessing this knowledge for designing stem cell-based therapies to cure Alzheimer’s disease in humans.

To serve as a comparative experimental model for zebrafish, we have also generated in vitro 3D human brain culture system by using neural stem cells that lead to tissue-mimetic modeling of human neuronal development and degeneration. By using these two systems in a comparative manner, we have identified several regeneration factors that facilitate human neural development and ameliorate hampered plasticity of human neural stem cells in disease conditions (Papadimitriou et al., 2018). 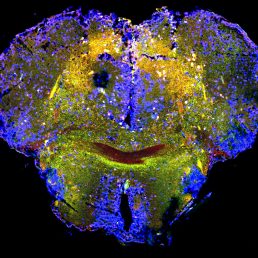 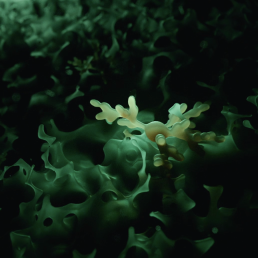